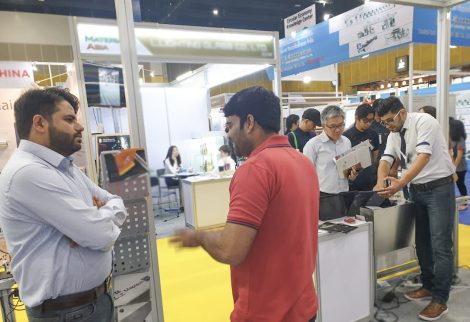 MapleJet launched the Hx Nitro printer, A Canadian TIJ printer, at Propak Asia Show in Thailand to strengthen its presence in the Southeast Asian region, where is mostly dominated by brands coming from China, Singapore, and India.

The simplicity of the design made its production simple and cost-effective that enabled this Canadian product to launch its target market in the East with North American standards and a price that can compete with the current market.

Potential distributors from different countries were particularly interested in Hx Nitro simplicity and smart technology. Many believed that the next generation of inkjet printers should be Internet of Things-enabled allowing more useful functionalities and easy operations.

In the culmination of the show, Maplejet is expecting to partner with potential agents in Thailand, The Philippines, Singapore, Indonesia, Malaysia, and Vietnam.