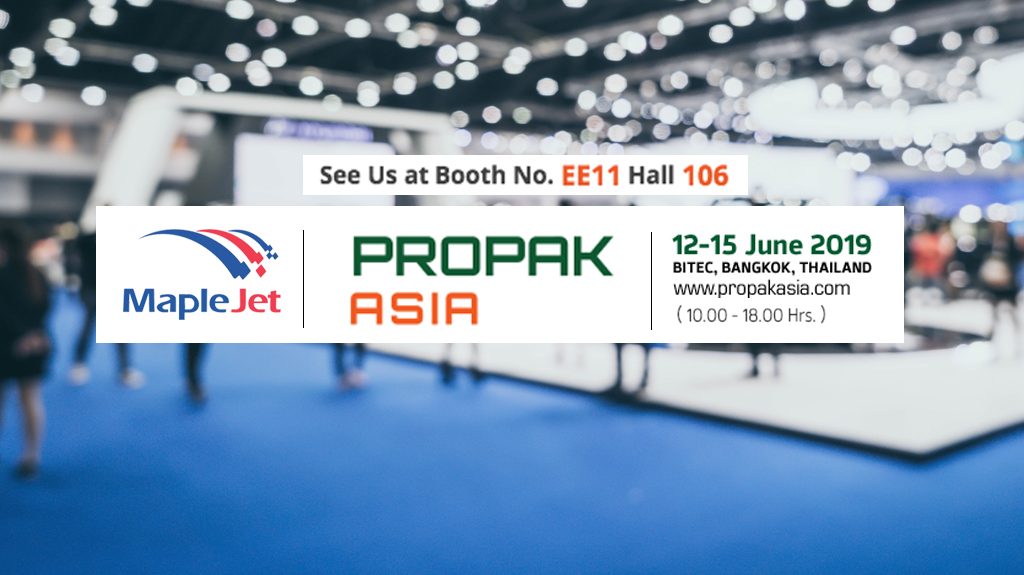 The Propak Asia 2019 in Bangkok, Thailand kicked off with Maplejet showcasing Hx Nitro and other ProDigit printers – ProDigit 70 and Bi-Color 18.

Local food and beverages manufacturers, people in packaging industry, and companies interested in expanding their business with Maplejet printer visited the booth during the Propak Asia 2019. Other manufacturers and interested distributors from neighboring countries such as the Philippines, Malaysia, South Korea and Singapore have shown interest toward Hx Nitro, particularly its Internet of Things and Wi Fi ability.

Maplejet team showed Hx Manager’s device or platform-independent capability in connecting to any devices such as mobile phone, tablet or PC allowing easy and simple access to Hx Nitro information. The simplicity combined with smart technology proved that Hx Nitro is paving the way as the next generation of inkjet printer.

Maplejet is a coding inkjet printer manufacturing company that was established in Toronto, Canada in 2007. It is committed to partner with food manufacturers to code and mark visible and long-lasting production and expiration date print onto their packaged food products. The company is dedicated to go beyond providing food manufacturers with simple inkjet printers to advocating food safety in order to avoid processed food product misinformation that deliberately causes food poisoning, especially on children.