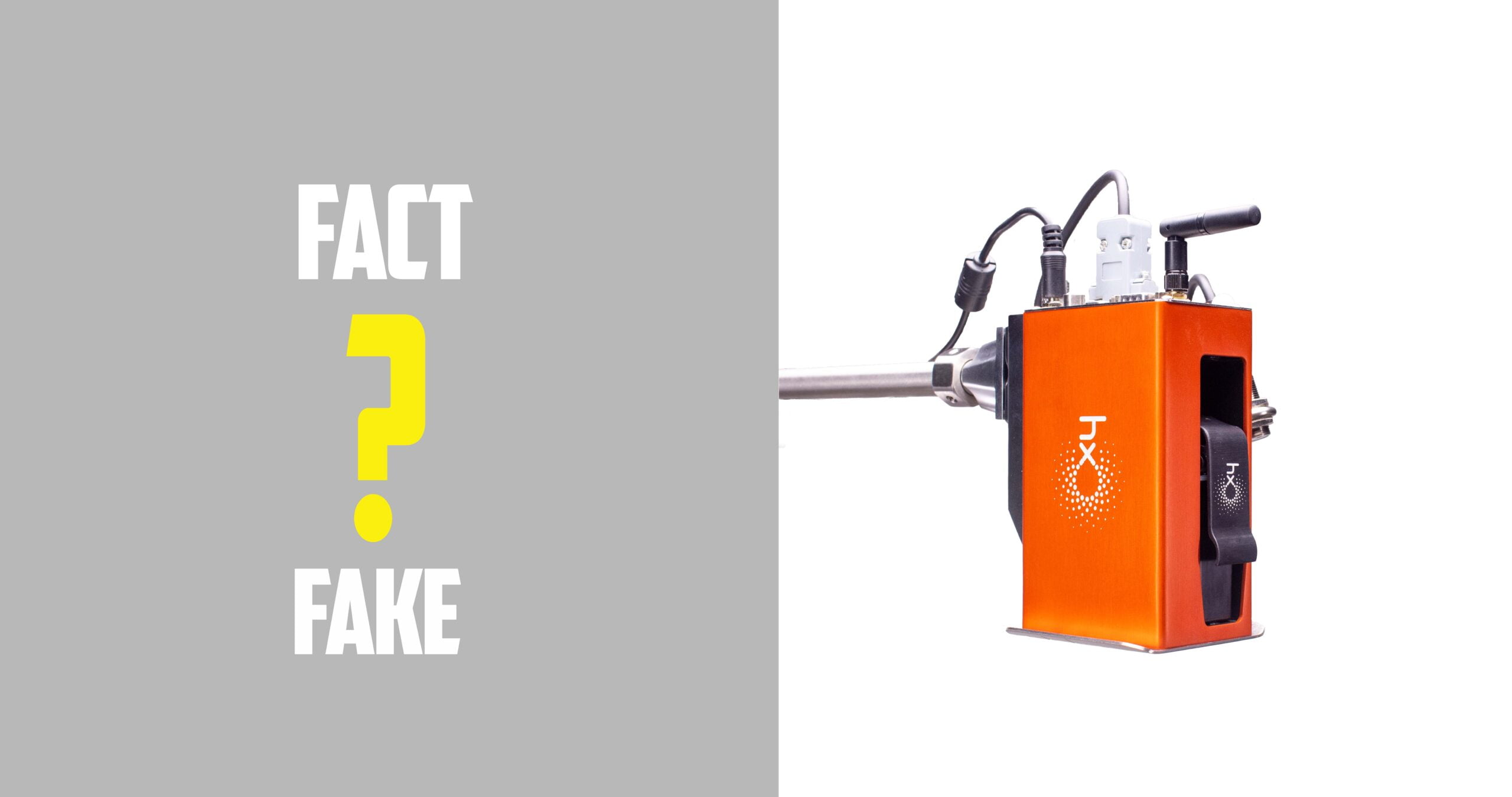 There are many outdated myths about thermal inkjet (TIJ) printers still circulating in the coding and marking industry that are farther from reality. These myths may have had bases at the genesis of the TIJ system but now, with over a decade of technological advancement, almost all are proven to be invalid. This blog will present each of the myths that are no longer valid and where the future of this industry is leading to.

TIJ printer can only print on porous substrates

In the early stages of TIJ printer development, ink cartridges that worked with TIJ were very limited. The only inks available were water-based, meaning they could only print on porous materials. Nowadays, however, not only the quality of the water-based inks has improved significantly, but the availability of different types of solvent-based inks for non-porous substrates in the TIJ ink portfolio.

Initially, TIJ systems consisted of a relatively big printer as well as a big screen that would take up a lot of space on the production floor. However, over the years of improvements in terms of size, TIJ printers became lighter, more compact, and robust. Currently, most TIJ printer sizes are comparable to handheld printer devices. Being light and small allows easier space management in the production line.

Although most TIJ printers still come with a standard touchscreen monitor that takes up space on the production floor, MapleJet has completely reduced such components by developing a remote connection through direct WiFi or Access Point. With this advancement, not only the total footprint of the printer is reduced but also the operator intervention. With the remote connection ability of the printer, a single operator can design messages and monitor multiple printers on the production floor using only a single smart device. Aside from that, integration of the printer to various packaging machines is easy, because of its small footprint.

One of the major factors that slowed down the growth of TIJ printers, in the beginning, was the limitation on its throw distance from the product’s surface to the printhead. Hence, coding and marking on TIJ are limited to flat surfaces. However, in partnership with leading ink cartridge and ink supplier, Funai and Kao Collins, MapleJet launched eUrex, a solvent-based ink capable of printing date codes, barcodes, and graphics with high throw distance on non-porous substrates.

The combination of Hx Nitro TIJ and eUrex Funai-based ink cartridge allows coding on product surface with distance up to 10mm from the printhead, which was previously possible only with CIJ technology. This means TIJ can now print on curved, recessed, and sloped surfaces usually on PET bottles and aluminium cans.

TIJ printers are too costly to acquire and operate

When TIJ technology was first introduced to the market, it was relatively costly due to it being a new technology, the complexity of manufacturing, as well as, the lack of any type of streamlining. On top of the high cost of acquisition, it was difficult and costly to operate due to expensive ink cartridges.

Now, TIJs are becoming more mainstream with manufacturers starting to understand the technology behind the printer. The deliberate enhancement of the manufacturing process allows OEMs to reduce TIJ market prices compared to CIJ printers. Currently, the cost of acquiring a TIJ is three to four folds lower than investing in CIJ technology. The sentiment of CIJ enthusiasts is that TIJs are expensive to operate. However, OEMs, such as MapleJet, are constantly innovating technology in partnership with ink suppliers to develop a cost-effective TIJ solution. Hx Nitro TIJ printers that operate with Funai have a feature to print on Economy Mode. In this mode, the printer’s consumption of ink is reduced to 50% but not compromising the print quality. The ink, thus, provides almost double the print quantity.

When it comes to daily operation, TIJ printers offer low to zero maintenance; thus, eliminating service contracts required in other coding technology. Since TIJ printers are easy to operate and do not have spare parts, troubleshooting a TIJ printer can be done easily remotely. When all of these factors are involved, operating a TIJ printer becomes more cost-effective.

From its humble beginning as an office-based printer, TIJ technology has gone a long way in the coding and marking industry. With food manufacturers looking for user-friendly, low maintenance, and cost-effective industrial coding solutions that can deliver better coding quality, TIJ technology is a no-brainer. Speak to MapleJet TIJ coding experts to get your coding and marking started.